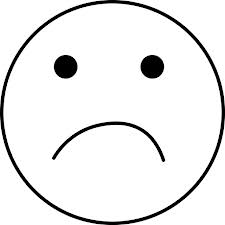 It seems I’ve been shunned, cast into the dust bin of the blogoshphere.  This isn’t to be unexpected.  Great minds have always been unrecognized in their lifetimes and the fact that I warn you, the 50% that are below average, off the most important and mind expanding posts, for your own good I might add, just makes it harder to be heard and appreciated.

Maybe it is because so many of you have taken my advice and devoted your life to not caring about anything, always expecting the worst, and a D minus effort.  Maybe your spouse is pushing cheeseburgers under your locked bedroom door as you watch endless reruns of NCIS from your 11 season BluRay DVD collection.  Perhaps you’ve discarded your cell phone and landline and your internet connection to take yourself off the grid so the NSA cannot peep on your miserable little life.  You’ve given up that daily torture ritual you called fitness and sold your Nautilus machine and stationary bike and canceled your gym membership.  This means you’ve taken my advice to heart.  Maybe I should be glad I get so few hits and that your apathy is a testament to my persuasiveness.

I should have expected this; taken my own advice and expected the worst (for me personally).  At least you have lightened my load and I can quit doing all the heavy lifting here as you tell the friends that wonder what happened to you, why they never see you, about your new, better, lifestyle.  Perhaps this whole thing has gone viral but in a non-digital way, by old fashioned word of mouth.

Keep up the D minus effort and we’ll all make it to the grave just a little bit less stressed out. 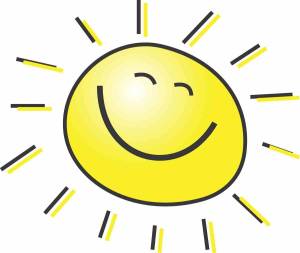 Having worked for The Man for most of my life and always attempting to get/do the best I can while not working too too hard, I started to think about the positive aspects of underachieving. Since life has a finite span, why not take it easy and get as much leisure time in as possible? Why work so hard for anything except what you like to do? And if someone’s gettin’ paid to do it, it ain’t called a hobby but another four-letter word that starts with a “w”, and I do not want to have to do it. Besides lowered expectations are the key to never getting disappointed and a happier life in the first place. Aren’t they?

Let me tell you a little, absolutely true story. When I was in High School I knew a guy who was our Zen master. He didn’t know it, but we did. His name was Rob A., but that’s not important. We called him The Dead Man. On a certain day and at a certain time that he could tell you, when roll call for the day was being called, the Dead Man decided not to care anymore. He decided the key to a happy life was not caring. Why this time? Just luck sorta. At roll call or attendance the teachers would always get Rob’s last name wrong. He heard Anders, Anderson, Anthony, Andrews, etc. but never the correct last name. He tried to correct whoever was taking attendance each and every time, to no avail. On this particular morning though Rob decided to become the Dead Man. He just said “Okay” when his name was called incorrectly and life was beautiful, if somewhat more planar in elevations.

The Dead Man had all sorts of interesting consequences to his changes in outlook. He only ever had one new pencil and one sheet of blank paper for that day and if either was lost or stolen would not finish anything else for the day, even tests. When asked why he was turning in a blank test he would reply: “I lost my pencil.” The teacher of course asked him why he didn’t ask to borrow a writing instrument and he would reply: “I lost my pencil and I don’t care.” If this useless train went on for too long the Dead Man would inevitably finish it by saying: “Alright, okay,” and that was it. He was done. He would not speak again on it. He had ceased to care about it or answering the useless question again. Once again a happy Dead Man.

But this is not what made him our Zen Master. I remember the day another friend said we were going to be in the class block with The Dead Man. He said it was going to be great. We couldn’t wait for next Fall (actually we hated school so next Fall could be a millennium away even with the Dead Man in our classes and it wouldn’t be far enough off). Well next Fall came of course and during the first week the teachers were sorting out how things were going to work. The teacher told us and showed us clearly what was going to be necessary to get an A, a B, or a C. Normal stuff except the Dead Man raised his hand. Now this in itself signaled an event of earth shattering importance. The Dead Man never raised his hand. He answers if called upon, but he never volunteers. Never. If he gets things wrong it is the usual “alright, okay.” Anyway, the teacher asks the Dead Man, “Do you have a question, Rob?” And the Dead Man replies with the single most important question you could ask in your life: “How much do you have to do to get a D-minus?” This of course brought the house down, but he was clearly serious. And he was right. He had captured the essence of a fulfilled life: not caring and a D-minus effort.

We were the snooty kids; the “gifted” children in our school so we were in all the “advanced” classes. The Dead Man had figured it out. All he had to do to graduate high school and go to college was get a report card peppered with C’s D’s, and D-minuses. They had to graduate him as long as he didn’t fail, get an “F.” Brilliant! He had perfected, in the academic world anyway, the art of getting by with just the minimum. Just squeaking by. He was going to college no matter what since he was smart. His SAT’s were going to be outstanding (as long as he didn’t lose that pencil) so grades were a non-issue. He was going to the big in-state college anyway. He had two full years ahead of not caring rack time sewn up.

It turned out that actually getting a D-minus was one of the hardest things imaginable. Harder than getting an A. You had to beg for it and that required at least C effort. Teachers loved giving out B’s and C’s and D’s and even F’s but a D-minus was almost impossible to get. The Dead Man actually graduated without getting a single D-minus. It was unattainable. This proves how little a D-minus effort takes. The Dead Man was a pretty smart guy really and even though he never took notes or did any homework he did well above average in school. Tests cinched it for him, unless he lost that damn pencil. However, he had clarified for all of us, for the rest of our lives, the philosophy to follow to maximize happiness: do the absolute minimum to get by, get a D-minus.

So, to make my already long story even longer I began thinking recently how you could apply this principle to every part of your life: work, yard maintenance, car repair, and on and on. The amount of free time it opens up is incredible. I’ve even found a way to solve the unemployment problem in the world. If everyone could embrace the concepts of not caring and just getting by, what I call the D-minus Principle, everyone will be happy, or as happy as someone without cares can be. See what I mean? The other beauty of my system is it’s totally dependent on you alone. You are now pretty much your own boss because instead of putting in all the time and effort to do an A+ job, you are now going to do just enough to do a D-minus job, just enough to not get fired. It has no dependence on your coworkers, your spouse, your church, or anyone else. Whatever they do doesn’t reflect on your D-minus performance. The only effort is the little bit it requires to find out how you can get a D-minus instead of an F. The benefit of the doubt is usually all it takes. In fact, it is to your benefit if only a few people take my advice, but once they see the benefits everyone will want to slouch on board.

Now think about it. If everyone embraced this principle then everything in the world will tend toward a D-minus, just good enough not to fail. This means actually more workers will be needed to do even a substandard job just to get by. You’ll need tons of them to get even the smallest complex task accomplished. Voila, no unemployment. Sure things will get crappier in general, kind of like they used to be in those good ol’ days you’ve been pining for anyway, but hey it doesn’t matter. Example: your car breaks down more because now everything is based on just getting by on the minimum. Where’s the problem? You already don’t care right? That was the first part of the principle. But on top of that you’re trying to do a D-minus job at work and that means weaseling out of the maximum number of days at work without getting fired. You call in, late of course, ’cause you’re sleepin’ in today, and say “Hey my car’s broken I won’t be in today.” Benefit of the doubt remember? In addition your boss is doing a D-minus job so that involves not reporting how many workers are laying out each day and firing you to hire anyone else is going to take at least a C-level effort. The system reinforces itself. Full employment – maximum leisure time for everyone. Perfect.

You know what? I’m not going to even proofread this before I post it and I’m not attaching any photos or links or anything. You know what, I’m going to push the “Publish” button right now. Know why? I wanna watch WWE Raw and kill a few brews. Because I’ve got better things, more fun things, to do now and I’ve already put in a D-minus effort.