Now I watch a lot of broadcast TV and you should too.  It’s the best way to gather information about the world other than the dark web but you aren’t ready for that. Patience.

When I’m not watching the #1 rated drama on US network television, NCIS, or one of its clones, on Sunday nights I sometimes creep over to the so-called “Public” television outlets on my high speed digital network.  Now today, in this 21st Century Comb-Over Era, perception and expectation are everything, and I expect to only perceive British accents over on what we will now call for brevity’s sake, the PBS television network. 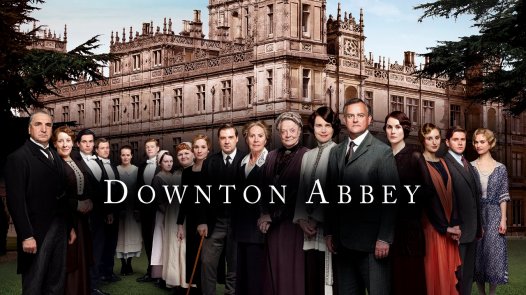 On a Sunday evening I expect to relax to some BBC 19th century parlor drama on my local public television station.  Some programs on Public Television are actually from other UK production outlets like the commercial ITV.  This is fine by me as long as they get the accent right.  I’m as free market as the next yob when it comes to high brow television. But what’s got me really upset now is that they are starting to screen inferior accented series from Australia and New Zealand on public television.  As if we couldn’t tell the difference between a British accent and an Aussie accent.  Some people may be fooled, but not me. When I see my Pride and Prejudice I don’t want anybody popping off to Outback Steakhouse during the sponsor breaks at pledge time.

Unlike the US, Australia and New Zealand are just down in the mouth British colonies that couldn’t make it on their own.  Australia is just a shabby California. There’s nothing high brow or hoity-toity about these convict transportation camps that would interest the more advanced American viewers of TV like myself.  It’s shameful to screen ersatz Brideshead Revisiteds next to genuine smart English television content.  You can always perceive when someone is trying to make it on the cheap. Substitute margarine for butter.  Made in Polynesia for made in the UK.  A downturn in pledge dollars doesn’t have to mean a sacrifice in quality.  How much could reruns of Good Neighbors or As Time Goes By cost?  As in all British TV, economical production values are overcome by high brow accents and big words where smaller words would normally suffice on large budget US TV programs like NCIS.  That’s what the literate public TV viewer expects.  Not G’day or throw another kangaroo on the barbie.  Public TV has lost its rudder.

Now we accept Irish, Scots, and Welsh or even Indian accents in our public television content because these are necessary for verisimilitude especially when properly accented English people are really in charge.  This is only logical.  Every country has its aboriginal peoples.  Even America has Southern accents, but nobody is going to believe a documentary series about our founding fathers where people talk like they are from Atlanta or Sydney, people expect a British accent, and a low budget British production in some dreary castle would be even better.  After all who is better suited to present past glories than the British?  Nobody in America wants to see stories about small villages in the 1940s, or the 19th century in Australia or New Zealand and if public TV thinks they can foist this on American pledge givers as British programming just because cable network BBC America now gets the cream of British programming, along with the Star Trek franchise, well they need to wake up and smell the tea brewing.  Pasty complexions, bad teeth and posh accents are what we expect on Sunday night.

Now with Brexit on the horizon the fear is that even more Oceania programming will make it onto the lucrative US public TV market.  I say don’t stand for it.  God Save the Queen! Vote with your pledge dollars. Sure you can expect lower production values in British television as a result but these can always be overcome with longer words and posher accents.  More specials with dead 1950s and ’60s doo wop and pop groups are no substitute for high brow British mini series.

One yearns for the days when Alistair Cooke introduced Masterpiece with the proper Theater sup-pended to it.  However, Alan Cummings, although with a Scots accent, is almost more an American staple than Cooke.  Now if only the current content were as good.

I say put the Theater back in Masterpiece and take the Masterpiece out of Mystery.  Don’t stand for inferior colonial programming.  The next thing you know they’ll be putting programming from the ultimate failed colony, Canada, on public TV.  The most patriotic thing you can do today is write to the Corporation for Public Broadcasting or your local PBS station to keep our American public television exclusively British.

I’ve been reading a bit of history (get over it, I’m smarter than you are.) recently and I began to wonder why the US has considered the United Kingdom to be their closest ally seemingly forever.  After all we (the US, I mean) fought two wars against Britain (and kicked their ass both times even though Britain was supposedly unbeatable at the time).  Britain is also the only country that ever attacked the continental US (we beat their ass that time as well).  At the same time the French were allies against Britain even sending their army and navy over to help us beat the British asses, and probably saved us in the Revolutionary War (that’s the Colonial War in North America for the limeys here).  France is a republic, and has been for a long time now, while the UK is still a detestable hereditary monarchy.  Other than a mostly common language, why is Britain considered our big buddy?

I really think France should be celebrated as the United States’ closest and best ever ally, not the UK.  I’m liking that.  France gave us the Statue of Liberty too.  What did Britain ever give us except onerous taxes, no representation, killing a bunch of us, and burning down the White House too.  Well, there is Dr. Who.  So I still say screw the UK and Vive la France! 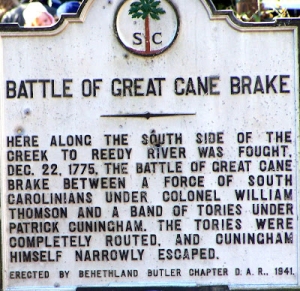 As a side note, I live near a place where the Battle of Great Cane Brake was in 1775.  There were no British soldiers just loyalists-Tories and Americans (he, he).  It wasn’t a big battle but it is in most books.  The Americans were sick of having all their crops and livestock impressed for the British.  They ambushed the loyalists and ran ’em off.  Good riddance to bad rubbish I say.  They celebrate it every year with a re-enactment.  I like seeing all the loyalists laying on the ground at the end.  Oh, and I don’t live too far from Kings Mountain and Cowpens and we roughed up the cowardly Bloody Tarleton and his loyalist rabble there too.  So when somebody says that the British are our best ally, I think:  when did some French guy ever try to kill an American on American soil?  The French and Indian wars don’t count because they were fighting the wretched British back then.  We colonists weren’t smart enough then to know which side our bread would soon be buttered on.  We still thought that loopy King liked us “subjects.”

Digression #2.  My heritage is Scottish/Irish and a bit of Dane mixed in.  I have to think some wise-ass limey hereditary Dook or Lord was responsible for making my ancestors’ lives so unbearable that they felt they had to make a treacherous journey to some far flung wilderness in the New World just to survive.  This thought kind of bums me out as well.  I’ll get my bit of petty revenge though when the Scots vote to bail out of the whole wretched mess of hereditary monarchy soon.  I’m sure the rest of the Irish and the Welsh won’t be too far behind.  Then the British Isles will make the Balkans look like a collection of big countries. 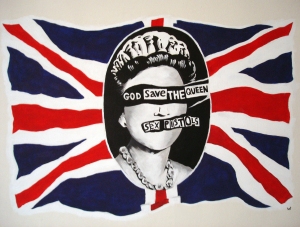 One thing that pisses me off is words that have been hijacked and/or rendered unusable by the ignorant politically correct crowd. These are perfectly good words that you might find in early 20th century or 19th century literature but have somehow been hijacked or otherwise consigned to the scrap heap of literature.

Hijacked Words:
Queer: queer used to denote odd, strange, or eerie. Somewhere along the way it was purloined to mean a homosexual, usually male. To use queer now in a sentence where the object is a person is to be perpetually misunderstood.

Gay: A gay person used to be a happy soul. The “gay” community stole the word to mean a homosexual of either gender but usually male. I hate particularly that this word was hijacked because it always was a useful synonym. To use gay in its original sense in a phrase is to almost always invite misunderstanding now.

Faggot: A faggot is a bundle of sticks period, as in “There’s a faggot in the woodpile.” to denote a thing out of place. I still use this word in its original sense just to piss people off.

Dike: an obvious hijack from its original meaning of a dam or seawall of some sort, as in: “Did you hear the one about the little Dutch boy who put his finger in the seawall to stop the flood? No but there’s nothing I like better than a good dike story.” He, he, he.

Tit: a tit is a bird. A teat is a mammary gland. ‘Nuff said.

To “come” is to arrive or journey to somewhere with a purpose, not an orgasm. I love to use this in a double entendre sense as well.

Corn hole: Where did the prurient sense of “corn hole” come from? It doesn’t make any sense. Corn hole is a bean bag game, like bean bag toss.

Words pc idiots have taken out of general usage since the stupid have misconstrued their real meaning:

Denigrate, to belittle. The obvious misunderstanding I attribute to the flaws in our education system.

Probably the worst misunderstood word in the English language is “niggardly.” It means miserly and always did. It was never applied in a racial sense, never. Again I blame the school system and the fact that even most teachers don’t read anything anymore. I have even heard of kids being chastised for its use, where in fact they should have been praised for their upscale vocabulary.

And finally, words that are just misused, gambit for gamut, could for couldn’t etc. These are just too countless to really go into.

Finally, a “safe deposit box” is an armored container in a vault. I’m not sure what a “safety deposit box” is, maybe some sort of container you put safety items in for a rainy day like ropes, reflectors, and flares. Look it up.