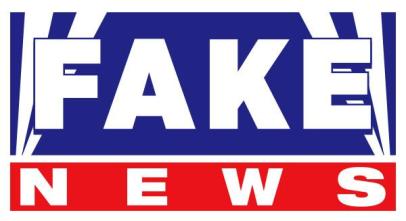 The Comb Over must be reading a chapter of Mein Kampf every night before he goes to bed.  Actually I don’t think the Comb Over ever read a book in his life.  He’s probably got the abridged Audible version which he pirated so he doesn’t have to give Jeff Bezos a nickel.  Nix that, he probably doesn’t even realise that Audible is owned by Amazon unless he saw it on the State Media Fox & Freunde.

Anyway the reason I say this is he seems to add a new facet to his already revolting personality each day in order to make him look even more like Adolf Hitler, or his alter ego and uck buddy Party Secretary Josef Stalin, sorry I mean “President” dictator Vladimir Putin.  Today’s Comb Over Twitter rant involves targeting the Media (whatever that means, I guess it would include me too) as the “enemy of the state.”  Is he just cutting and pasting these Tweets straight out of Mein Kampf or is he thinking about it at all?  Strike that, he never had an original thought in his life.

The Comb Over apparently asked for an “off the record” meeting with the editor of the New York Times on July 20th about the hostility of the Times to the Fourth Reich which the orange-lidded lying weasel subsequently put on the record by referring to the meeting in a Twitter rant about the “fake news enemy of the state dying newspaper media.”  The Times was left with no recourse except to rebut the lies the Comb Over spread about the meeting and state its own view that it would continue reporting the truth as it sees it and welcomed the Comb Over to attack the Times in any way he felt inclined short of censorship.  The editor of the Times apparently stressed in the meeting that the Comb Over’s vitriol (he’ll have to look that one up) towards the media was possibly whipping up a hateful and dangerous frenzy among the gun toting brown shirted confederate flag wavers, bigots, gay baiters, knuckle draggers, ignoramuses, and racists that form the base of the Nazi Party, er, Republican, I mean Comb Over’s support (my paraphrase, not the Times).

One final note, a sort of aside.  I’ve got some fake news, the confederate flag is now the new swastika. 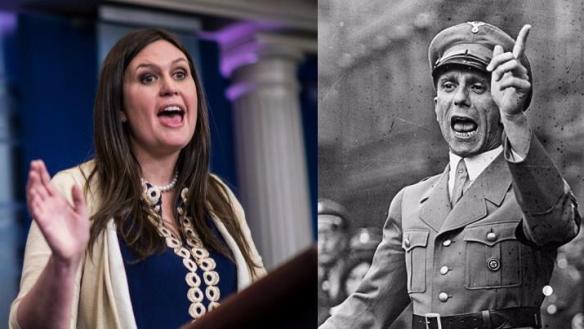 “All this was inspired by the principle—which is quite true within itself—that in the big lie there is always a certain force of credibility; because the broad masses of a nation are always more easily corrupted in the deeper strata of their emotional nature than consciously or voluntarily; and thus in the primitive simplicity of their minds they more readily fall victims to the big lie than the small lie, since they themselves often tell small lies in little matters but would be ashamed to resort to large-scale falsehoods.

It would never come into their heads to fabricate colossal untruths, and they would not believe that others could have the impudence to distort the truth so infamously. Even though the facts which prove this to be so may be brought clearly to their minds, they will still doubt and waver and will continue to think that there may be some other explanation.”  – Mein Kampf

Basically, ignorant people will believe the big lie because it is so outrageous they couldn’t imagine themselves telling the same, or another equivalently outrageous, big lie.  Goebbels thought that he could not only sucker his own people with the Big Lie, but also the British and they would come around to the Nazi way of thinking about the Jews.  But the Brits didn’t buy the Big Lie, well they actually did once, but fool me twice, I don’t think so.

Now add fifty pounds, lose the hat, add a string of pearls, lipstick, and a dress to Goebbels and we have the current Propaganda Minister Sarah Sanders Huckabee.   Huckabee.  Ring a bell?  Former Propaganda Minister Sean Spicer (SS) couldn’t keep telling the big lies with a straight face, or admitting that he didn’t have a clue about what to say, so we got SSH.  SS, remember that.  Oh wait, that was HH, Heinrich Himmler.  Never mind….  There are so many parallels it is uncanny.   These people claim to be good Christians and they lie, lie lie.  What about those Ten Commandments?

Anyway, apparently certain reporters aren’t going to be allowed in the Rose Garden anymore because they ask the Comb Over questions he doesn’t want to answer, or can’t answer, or he can’t sell the Big Lie effectively anymore.  So, Propaganda Minister SS Huckabee is now going to be more the face of the Reich since she can regurgitate the Big Lie effectively with a straight face, argue with reporters, expel the media, stomp on the First Amendment, etc.  Today the Comb Over supposedly took the limo instead of Marine One to Air Force One because of the weather.  Fog.  No reports of fog in DC today.  Remember when I told you about helicopters and the Comb Over  way back in 2013?  The Big Lie.

Well Amazon finally screwed the pooch with GoodReads.  I said this would happen as soon as Amazon acquired GR.  Blow hards like David Gaughran who were probably already getting kickbacks from Amazon provided Amazon apologetics but I could see through the hypocrisy.

What happened?  Well last Friday, as most of the GR staff were probably hitting the freeway, GR announced a new censorship policy.  They would now delete reviews completely, without warning or notice, that were prejudicial towards authors when they felt the author comments from the reviewer were not relevant to the book review at hand or just plain hostile to the author.  At the same time they said they would start deleting user book shelves where they deemed the shelf title or shelf contents also violated this policy, say if I had a shelf which was called “worthless authors who’s books I will never buy or read.”  They will delete these completely without notice.  Oh, and if you admit you couldn’t finish the book because it was so bad, they’ll delete that review too.  You have to finish the book now to post a review that won’t get “removed.”

They provided all this information strictly through a group thread, no real announcement to anyone and had already started deleting content without warning.  The Friday “bad news” drop is a typical ploy used by government and corporations so nobody has to deal with it, it in theory has no effect or a dampened effect by Monday.  Amazon, er, I mean GoodReads employed the same sleazy tactic.

When Evil Corporations Take Over

This entire fiasco comes out of the fact that instead of being an independent entity like GR used to be it is now essentially a division of Amazon a bookseller.  Smell something fishy in Denmark?  Do I see a conflict of interest?

Another factor was the whiny GR authors, many of whom never published anything worthwhile (GR is flooded with mainly worthless self-published authors as well as a few good ones).  These authors whined about being attacked and unfairly treated.  The fact that GR is now a division of a bookseller leads them to try to protect authors, delete negative reviews, negative book shelves, etc.  I assume the next shoe will be deleting one-star reviews from the ratings.  Who is unfairly treated now?

What can you do?  Well there are already fledgling sites like BookLikes that offer a level of competition.  In addition there is still LibraryThing.   You can export all your GR content (including all the reviews) to a .csv file that can be read into MS-Excel and usually transferred to the alternate biblio-social networks like BL and LT. 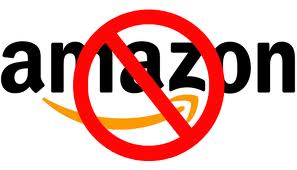 Boycott GoodReads and Amazon.  There are alternatives to buy books from, even a lot of Kindle content can be purchased directly from publishers.  Go to an independent bookseller.  Barnes and Noble needs the money anyway if you want to see a viable alternative to Amazon in the future.