Some people have taken umbrage at my musings about Bluegrass Music. Apparently these folks take life so seriously that they think my opinion 1) matters to anyone, 2) is to be taken as 100% at face value. Now seriously folks, the operative term here should be sarcasm. Bluegrass musicians are some of the most accomplished folk musicians in the world. I can appreciate their talent while at the same time I cannot bear to listen to them. It just isn’t my gig. I hate it. My apparently feeble attempt at humor in the piece was so lame that it was misconstrued as the ravings of a hydrophobic dog on Bluegrass music. Either I didn’t write things very well or you are not the sharpest tool in the shed. I know which one I’m going to bet on.

Now seriously, how can anyone take life so damn, well, seriously? Daily life is usually the most humorous thing imaginable.  I mean unless the current situation in front of you involves death or you losing everything then it’s not fodder for tears. Make a joke. Have a laugh. Lighten up. People are always running up to me saying: “It’s a nightmare.” “We’re doomed.” “We’re porked.” I always ask: did anyone die? Did anyone go out of business. Did the ground just open up and swallow someone?  No.  I say: “Well this is just the first sign that the apocalypse is imminent.” The conference room goes quiet. Everyone in the immediate group is dead serious. About what?  The world’s going to end!  Again, I don’t think so.  Lighten up. 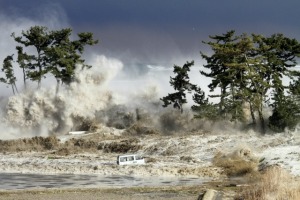