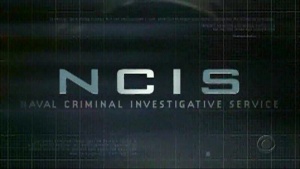 Welcome back friends and relatives.  Did you enjoy our little diversion into the wistful memories of childhood?  Were you taken back to the years of your wasted youth?  Well today we are back to serious business so no talking in the back there.  Hey, you, do you want to share that with everybody?  No, I didn’t think so, sit down and pay attention.

Today’s essential essay deals with the television program Naval Criminal Investigative Service, NCIS.  I’m going to show you why this is not only the most entertaining and inspiring but also the most important show on TV today.  If you watch nothing else on TV, you should be watching NCIS.  The very survival of our democracy and your sanity depends on it and you know I never exaggerate. 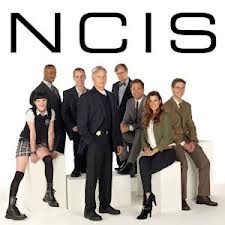 Where to start?  Hmmm.  A little history.  I’m not going to look up the dates because I’m lazy and exact details don’t matter anyway, what we’re going for here is the big picture (I give you all sorts of little hints about how to make your life easier by cutting corners so pay attention.  Try to take away SOMETHING).  NCIS was actually a spin-off of JAG and is one of the rare instances on TV where the spin-off actually exceeded the parent.  Now I never watched JAG but I know from hearsay that NCIS is better, so trust me on this.  I’ve seen the pilot NCIS episode say 20 times so I can tell you that most of the critical elements that make NCIS so compelling and intelligent were there at the start and are still there now.  This is important in today’s fast changing world where tradition is casually thrown on the trash heap of history.  NCIS has maintained the same basic formula for like, don’t quote me on this, 11 seasons.  Why is this so important?  Because contrary to popular belief, repetition is the spice of life and the thing that makes living tolerable.  Gibbs, Ducky, Tony, Abby, and Kaitlyn were there from the pilot episode (Kate was in the Secret Service though for this premier episode).

As you can see the casting was exquisite.  Putting aging ex-football star, pretty boy, and method actor Mark Harmon at the helm was sheer brilliance (Did any of you ever see that movie where Mark Harmon plays Ted Bundy?  Outstanding.).  The range of his ability made the ensemble almost beyond failure.  The next stroke was resurrecting David McCallum who all the old folks, the primary broadcast TV demographic, would probably remember from The Man From UNCLE.  Then the third stroke of genius was the casting of Goth Pauley Perrette as the quirky but cheery forensic scientist Abby Sciuto.  With this three legged thespian stool as a foundation you could pretty much throw any actor or actress into the mix and come out with a winner, however Michael Weatherly (Tony) and Sasha Alexander (Kate) turned out to be no light weights either.

Over the years there have been some changes:  Kate was tragically killed off by a berserk terrorist and was sort of replaced by the equally talented and beautiful Cote de Pablo (What kind of a name is that?) as the character Ziva David. The characters of McGee and Mr. Palmer and the agency Director as well as some on and off characters were added in but never was the basic formula tampered with.  This is the key to it’s success:  second verse same as the first.

Now to me watching NCIS is like family.  I’m on a first name basis with all the characters, even the minor ones, and I think about the cast as real people, and you should too.  These characters are all meant to be lovable, good looking, and quirky just like real people should be so you should act like they are real people that can affect your lives.  Talk as though what they said in the show is real.  Your otherwise miserable life will be richer for it. 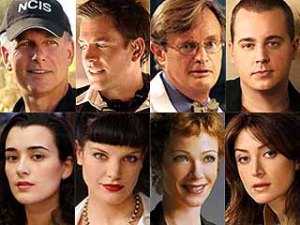 Why do I tell you all this?  Well for your mental health.  You need some funny but strong and lovable people to anchor your miserable life on.  People you can count on since the real people you know are never going to come through for you, so why shouldn’t it be television characters?  Pretend Tony and Ziva are your neighbors.  Invite them over for coffee.  Imagine rich conversations and interactions with them.  Relive key moments in NCIS with Gibbs in a cheerful casual way at a barbecue.  Every time you look at NCIS from now on all the characters are going to be like people you really know and love.  And unlike real people they’re never going to let you down.  They’re everything you wish you and your friends could be but never will be:  intelligent, creative, courageous, kind, witty, good looking, pretty much the whole upbeat package.  The worst that can happen to you is that some of these good qualities might rub off on you and bring you one more step up from the primordial ooze.  What’s to lose?

I could get into all sorts of other technical reasons why NCIS is excellent on so many levels, camera angles, direction, special effects, body doubles, mise-en-scene, montage, but I’d be wasting breath on the unteachable and I don’t know much about them, and they don’t really matter anyway (triple whammy!).

The other real reason to watch NCIS is it is all true!  All that stuff they do on their computers, phones, and surveillance cameras is 100% correctamento.  How do we know this?  Edward Snowden, that Jeffersonian patriot weasel who ratted out the NSA surveillance spooks.  He confirmed that all that crap that McGee and Abby and Tony do on their computers to listen in on your phone calls or your Facebook page or your e-mail are 100% real.  Yep. 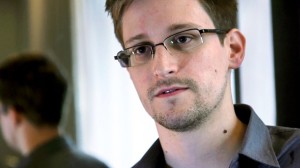 So where’s the problem you say?  I knew you weren’t paying attention.  NCIS is TV not reality.  Forget that right now.  Sure we can trust our private communication with Abby or McGee or even Gibbs, but these are not real people, they’re characters played by actors.  Get that through your thick head.  Where did you ever get that goofy idea that these were real people?  Not real!  Whereas Gibbs et al are only going to use your vital information to catch the real bad guys and are going to forget it the minute they don’t need it, the real world doesn’t work like that.  The real NCIS (and by inference all federal law enforcement agencies) are out to screw you, not protect you.  Think about it.  They are in actuality filled with people like you or me, vengeful little spiteful nobodies who want to get their little piece of the pie by using your e-mail and phone calls to blackmail you or harass you to kingdom come.  Or worse.

Stay with me here.  I’m not sure why you are having so much trouble separating fantasy from reality right now but you need to steady the boat a bit. 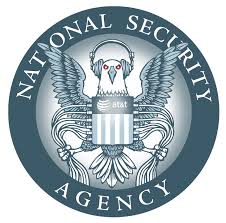 The people that are employed by the US Government come out of the same cesspool that other employers get their employees from (remember 50% are below average).  Sure they’re vetted but only so they won’t rat or take drugs.  It doesn’t say anything about not using a little “free time” to access your credit card transactions to Rubber Novelty World and making a little pocket change on the side.  Remember most of these people are hardly being paid enough to live on.  What would you do given the same circumstances?  And we haven’t even gotten to the peepers yet. 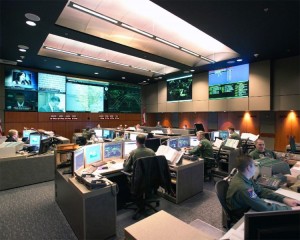 Peepers, yes that’s right, the peepers, freaks who want to look at you and your kids naked and self gratify.  We already know schools, churches and daycares are full of these freaks so why should NCIS be immune.  Via all sorts of bugs, surveillance cameras, and even the webcam on your laptop they are getting their thrills while you go about your seedy private business blissfully unaware.  You know, you’ve seen it used on NCIS, in that episode with the school bomber.  And I’ve just proven to you that if it is on NCIS it’s most certainly true.  Unlike films and live theater, you can’t put stuff on TV that isn’t true or possible.  It would warp children.  You already knew that.

So now you are armed.  I expect you to be tuning into America’s #1 broadcast show religiously.  Watch the new shows faithfully on CBS.  Watch the back to back rerun marathons on the USA cable network.  You will be better informed, more sane, and maybe your pitiful life will just be a little richer for it.