Everyone knows that all music is better played faster and louder.  It’s a fact.  Wired into our genes, just like anything in life is better on television, as those of you that have, against my advice, gone to Brazil to watch World Cup Soccer in person have also found out.  Should have just stayed at home in the comfort of your own little cabin and watched on your 72 inch Samsung.  Everything is better on television.  Period.  You wouldn’t have had your purse snatched in Rio either.

And every kind of music is better when played faster and louder.  Period.  The unhallowed premier purveyors of this self-evident fact is the band Me First and the Gimme Gimmes.  These boys have been bangin’ it out for years unrecognized and shunned by the larger media.  It is almost as if there was a conspiracy against this getting out.

Album after album, genre after genre, put through the buzzsaw of distorted guitars and frantic backbeats proving each and every time the song would have been better if played this way.  Why hasn’t this caught on?  Why haven’t Christina Aguilera and Barbara Streisand championed the cause of chainsaw guitars and frantic paced power chords in pop music?  The media.  Once again it’s a media conspiracy back-fueled by the music industry and ultimately the entire entertainment industrial complex to promote stars that are on top one day and then cast aside for another unknown under the music industry shackles tomorrow.  If you and I were in charge none of this would be allowed to stand.

I could go on and on about this, and I will at some future time, but right now let’s get back in the trenches and talk about those that are trying to bring the truth back to the people.

The Me Firsts.  Starting way back in 1995 these boys have been putting out themed albums of various genres and styles, everything from Broadway musicals to R&B to C&W.  Every single cut has been better than the original:  buzzsaw chords and a frantic pace.  Every once in awhile they sneak in an old punk riff just to prove that even these songs were better than all of the top 40 “songs” today.  Once you’ve heard “The Way We Were” you’ll wonder why Barbara Streisand never sported a black leather jacket and a pink mohawk. 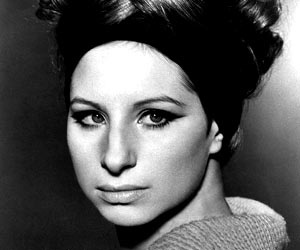 Not much more to say.  The music industry and media conspiracy are too powerful to ever be threatened and changed unless you want to end up taking the dirt nap, or at least your dog will.  Sadly Justin Timberlake and Katy Perry are never going to “kick out the jams.” 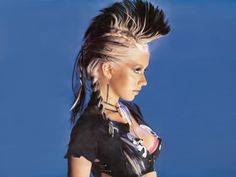