Well they say the government is shut down but you couldn’t tell by me.  The television is still on and my internet still works so I can still download those “short” films I need.  I even got some junk mail today  Some guys were repaving a road near my house and the cops were still looking for speeders.  The Affordable Care Act was up and running although a little clogged up by all those people that didn’t want affordable health insurance.  So what’s the big deal with the federal government shutting down?  Maybe we should take an extended holiday.  I hope the tax man is sitting at home saying:  “I’m screwed because people didn’t send in enough taxes.”  That’d serve him right. 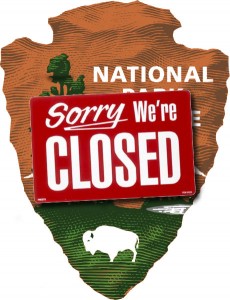 Somebody told me the National Parks are closed now.  So what?  Give ’em back to nature or better yet the Indians they stole them from.  Just pack up and throw the keys to the nearest reservation and say, “sorry we ruined part of it.”  Nobody really ever wanted to hike or bike or raft or camp in them anyway.  People just say they want to do that kind of stuff to impress their friends but they really wanna watch TV.  I bet the Indians would take better care of it than the federal government did anyway.  Pull up all the asphalt and make it nice again.

I read that the Post Office is $6 billion dollars in the hole too.  I don’t get this.  First why didn’t they already shut down like yesterday with a debt like that?  They were already out of money before the federal government was.  They could just pile all the stuff behind the post office and you could wade through it to find your stuff, your credit card apps and such.

Nobody who actually wants to get something ever mails it anyway.  They use those UPS or FedEx outfits.  I know that only the post office can deliver a letter but not if you put it in a little box first.  Then anyone can deliver it.  You can just say you’re sending some paper to your grandmother and off it goes.  Besides people like getting a box to open instead of just an envelope.  It’s more exciting.  These other outfits can’t put anything in a mailbox because you don’t own it, the Post Office does!  Did you know that?  So the UPS dude has to come to your door just like the Post Office used to, that way it’s kinda like the good ol’ days anyway.

Nobody is gonna miss the junk mail either and and it saves a lot of trees.

Anyway the federal government looks like it’ll be shutdown for awhile and that’s not necessarily bad.  Think of the traffic in D.C. that will free up.  Everyone can go on vacation before it gets too cold.  A lot of people like me probably won’t even notice for a long time.  Eventually things like the Hoover Dam and stuff will fall down if no one takes care of it but I bet some savvy power company will buy it.   The War on Drugs will have to be sidelined and eventually the military will have to come back to the US just to save a few bucks.  Who’s gonna pay for that one way ticket home?  I guess they could just tell everyone, “you’re on your own, do the best ya can.”  The people in the military could probably get enough money by selling their weapons and stuff for a ticket home, especially if they shared. Embassies would be a little more difficult but they are usually in the better neighborhoods so you could sell them and probably get everyone home even from crappy countries. The immigration problem will take care of itself because when all the illegals realize the government is shut down they’ll leave because they can’t get any benefits anymore. 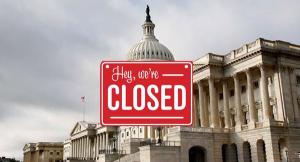 1 thought on “Shut It Down”